Give us a free test ride today and our friendly staff is ready to help you!

We help businesses of all sizes to help grow their sales teams with fun and easy to use CRM that sales teams love to use.

Where can Salesmate be deployed?

Salesmate does not have a free version but does offer a free trial. Salesmate paid version starts at US$12.00/month.

Pricing plans get a free trial 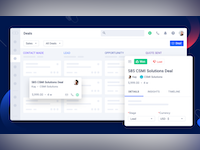 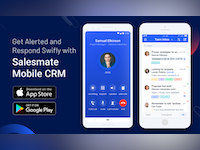 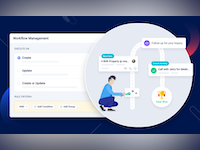 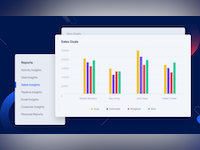 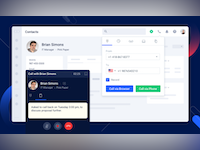 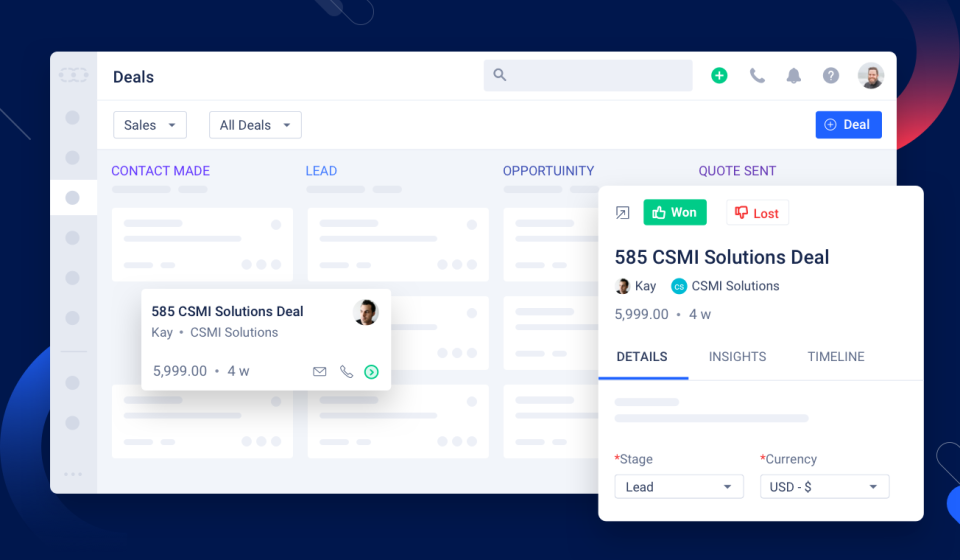 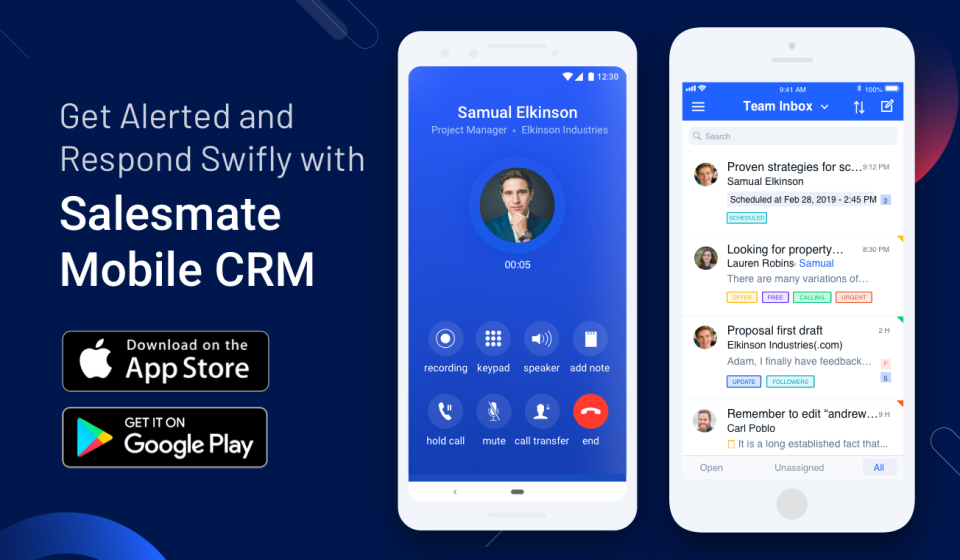 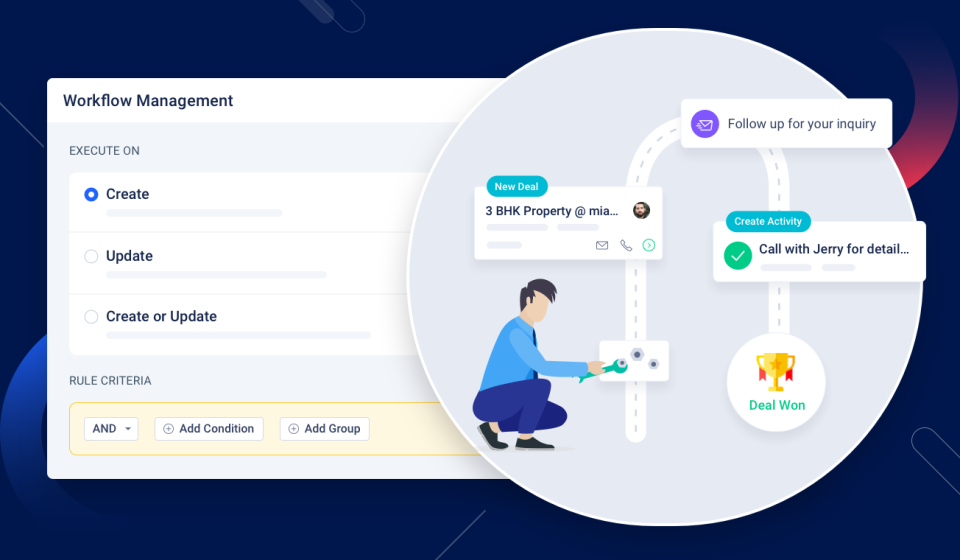 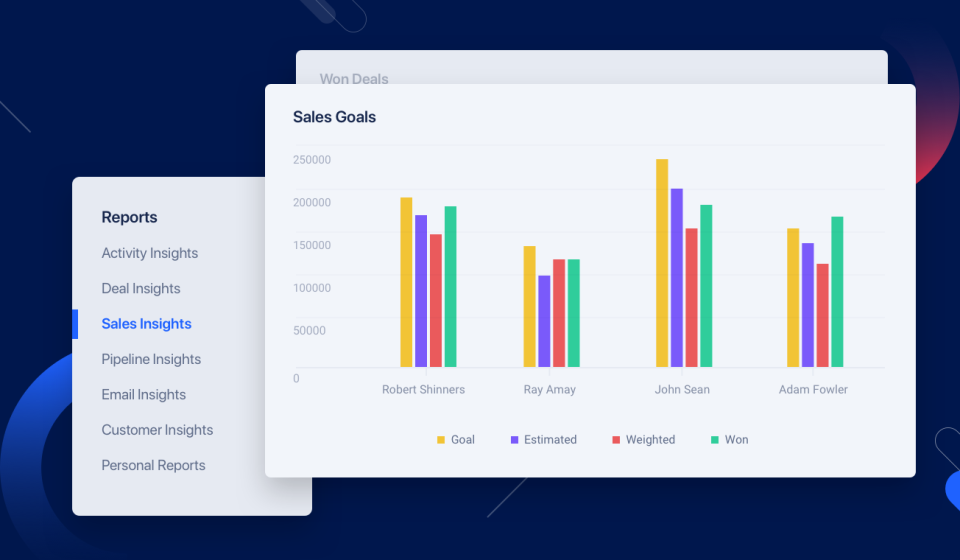 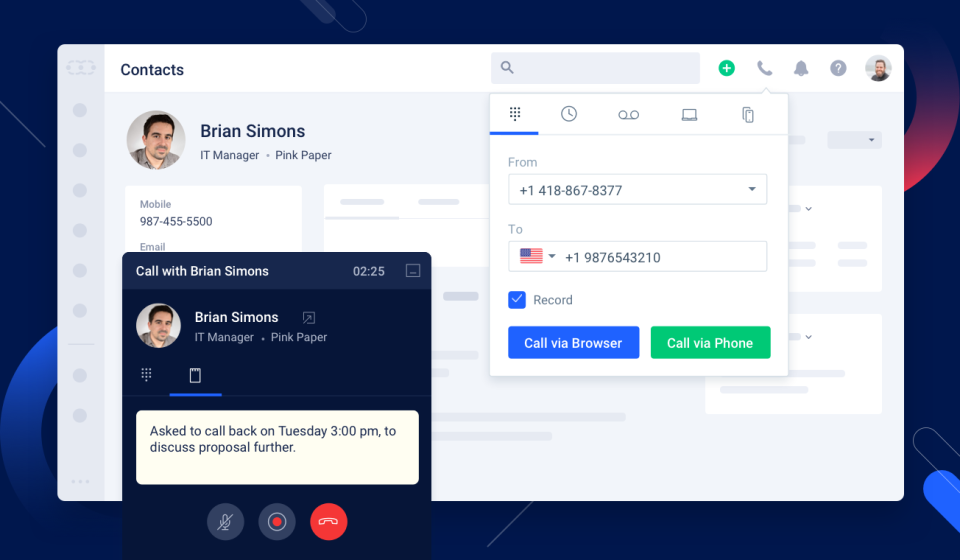 (2,467)
ClickUp is the future of work - it's one app to replace them all. ClickUp is the #1 fastest growing productivity app in 2020.
Learn more about ClickUp
Visit Website See Comparison

(2,542)
monday.com is a cloud Work OS, where teams run their projects and everyday work, whether they are in the office, home or on-the-go.
Learn more about monday.com
Visit Website See Comparison

(1,217)
Airtable is the database that anyone can use with a beautiful spreadsheet interface.
View Profile See Comparison

(354)
Sugar helps sales, marketing and service teams to reach their full potential in everything they do.
View Profile See Comparison

(497)
Insightly CRM is for growing teams that want a flexible, easy-to-use, yet powerful CRM to centralize and manage customer data from the
Learn more about Insightly
Visit Website See Comparison
Previous Next
More Salesmate alternatives

After trying EVERY CRM I could find on Google THIS IS IT!

Comments: Amazing. Simply awesome. All I needed was a CRM that could 1. Send and receive emails in 2. Contact new leads from 3. Track email opens 4. Have a pipeline tracking feature 5. Have a way to create tasks 6. Allow me to use my signature. Those aren't crazy requests I don't think but out of allllllll the CRM's I tried they all either wanted way too much money for 1 of those features or didnt do them right. Ill say more about this in the next section.

I tried literally every CRM I could find on Google and nothing worked until I found Salesmate. I'm honestly struggling to write this review only because I keep rambling on about features I love that it gets way too long. Bottom line for me is this just works! It's so easy to use, easy to set up, every feature works (which may sound weird but I have had at least 10 other CRM's that features didn't work right or I had to do some kind of workaround to have a basic email workflow), the layout is fantastic, the mobile app works great, the price is good - I can't fault this! And when I say I tried every other CRM I could find, I mean it. I didn't try Salesmate sooner because I couldn't find it sooner. I can't recommend Salesmate enough and again - I have tried SO MANY other CRM's including Hubspot, Zendesk Sell, Nutshell, Pipedrive, Keep, Salesforce, Monday.com, ClickUp, Airtable, the list goes on and on and on. This is honestly the best. Just sign up for Salesmate. If you are still reading, just do it!

The only thing I can say is within the deals page when you click on a deal I wish that was laid out a little better. But I am truly nitpicking here. You can work everything just fine, I have had no issues, it's so easy to keep track of everything, I just wish this one page was a little easier but in my opinion that is not a reason to avoid this platform. Again, just sign up. I love everything about this platform. I will say, I haven't experienced the customer service yet but there is a chat icon right at the top of the screen and already that is better than a lot of other CRM's I've tried.

Reasons for Choosing Salesmate: I was using Hubspot pretty exclusively and honestly they were great until I had issues. Then it went up in flames. My emails started going to spam whenever I sent them from Hubspot (not anywhere else). After finding 5 different forum threads about this and talking with 3 different reps at Hubspot I got nowhere. So I had to switch. And I am SO happy I did. Hubspot was great and the fact it was free was awesome but the second I needed help it became a nightmare and I had to then transfer alllllll my data from years of work over to a new platform (still doing that...). So I highly recommend just starting with a great platform like Salesmate and growing into that.

Reasons for Switching to Salesmate: This actually wouldn't let me pick all the CRM's I tried because I tried so many. The biggest issues I ran into with all of these other platforms were things like, 1. Not being able to use a custom email signature 2. Email open trackers and reporting going crazy saying the email was opened twice when it wasnt even opened once 3. Not being able to reply to an email within the CRM (that was pretty common....) 4. Being WAY too expensive for simple features 5. Terrible support 6. Really hard to use and navigate UI's 7. Weird workarounds just to email a lead 8. Not being able to say where the lead came from (pretty important for me when working with a lot of different lead sources) 9. Technical problems. I could keep going but that is all I could think of right now. Salesmate does everything and does it well for a very good price.

Comments: Love it. Before this we were logging things manually and doing SO MUCH copying and pasting. It's just fantastic.

Integrated SMS, Email, etc. I tried many different CMS's. This one is by far the best for our situation. We just log in, go through the notifications, etc. Just works. Great follow up features, etc. The templates are such a lifesaver!

Email isn't perfectly reliable. SMS needs to be less than 160 characters to be 100% reliable.

Reasons for Choosing Salesmate: Dynalist is not really a cms. it has a lot of good features, but certainly not email, sms, etc. We just love it's customization.

Reasons for Switching to Salesmate: They were too complicated and kinda expensive. Didn't love their customer support either.

Best CRM for your business

Comments: My overall experience with Salesmate was quite impressive. Its features are really awesome. I think you should definitely give it a try.

Salesmate is feature full so there are many features that are my personal favorite. Sales pipeline and activity tracker is the feature that i liked the most, in my org handling multiple sales activities is a very tough work but with the help of activity tracker our sales department easily track various sales activities and make creative data visualization of it through actionable insights. Built-in calling feature is another good feature you can direct make a call to your contacts on Salesmate.

While using it more than 4 months i didn't find any issues with any feature. But i felt its G-suit integration process little bit difficult. Also i would to mention its community support which is less impressive than other CRMs like Pipedrive or TeamWave.

The data sharing capabilities could be improved.

Comments: Our sales and retention department use Salesmate. Sales have an easier time tracking presentations and deals along with a number of contacts made with the client while tracking calls, too. Our retention department uses Salesmate to schedule calls with current clients. Helps with scheduling follow-ups and activities in order to contact our current clients multiple times.

Salesmate allows you to run campaigns through the platform to help with tracking the number of clicks along with your open rate. It's easy to use for follow-ups and scheduled activities. The deal pipeline is easy to use and easily viewed. Salesmate also syncs well with Google calendar.

The adopting of Salesmate was easy to transfer. Our company had an easy time integrating with Google Calendar. Salesmate often has trouble with syncing with RingCentral so there are multiple times that you have to re-authorize in order to track and log calls/ recordings.

Read all 70 reviews
Prev
Next