EmailOctopus is the low-cost email marketing platform providing the essential features businesses and individual creators need to grow their mailing list and engage their audience. The easy-to-use email editor makes it possible to build both HTML-rich and simple plain text emails. While the automation and segmentation tools enable users to set up time-based autoresponders and drip campaigns, and deliver tailored messages to specific groups of subscribers.

Trusted by over 56,000 organisations and businesses to send over 24 billion emails.

Where can EmailOctopus be deployed? 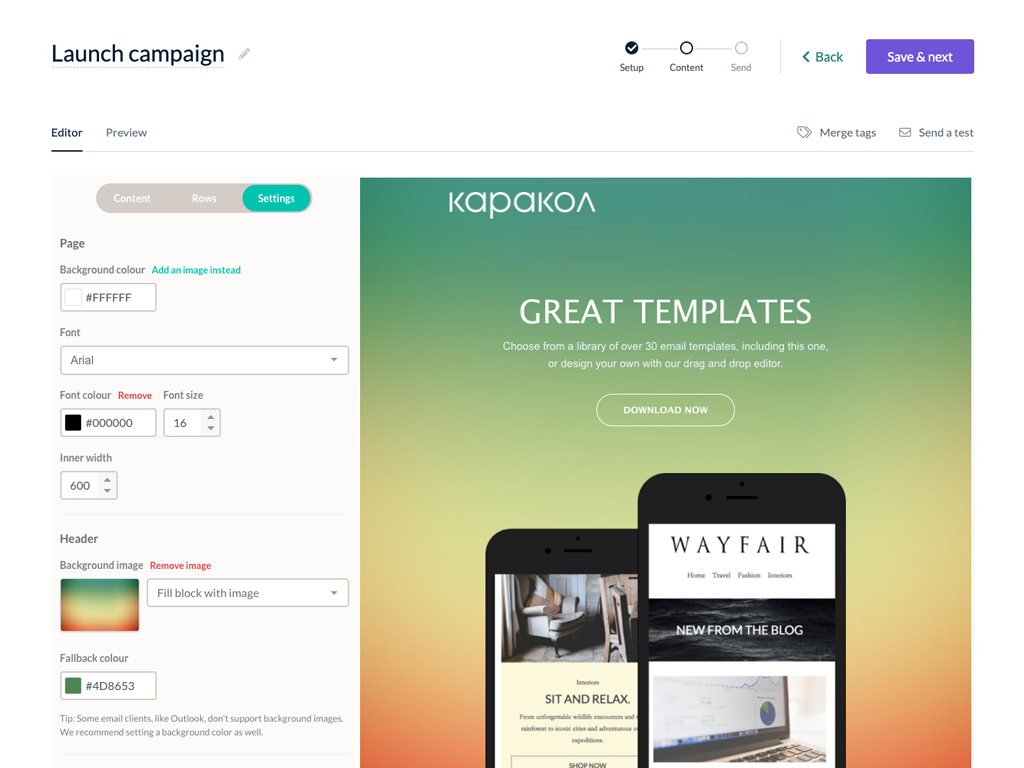 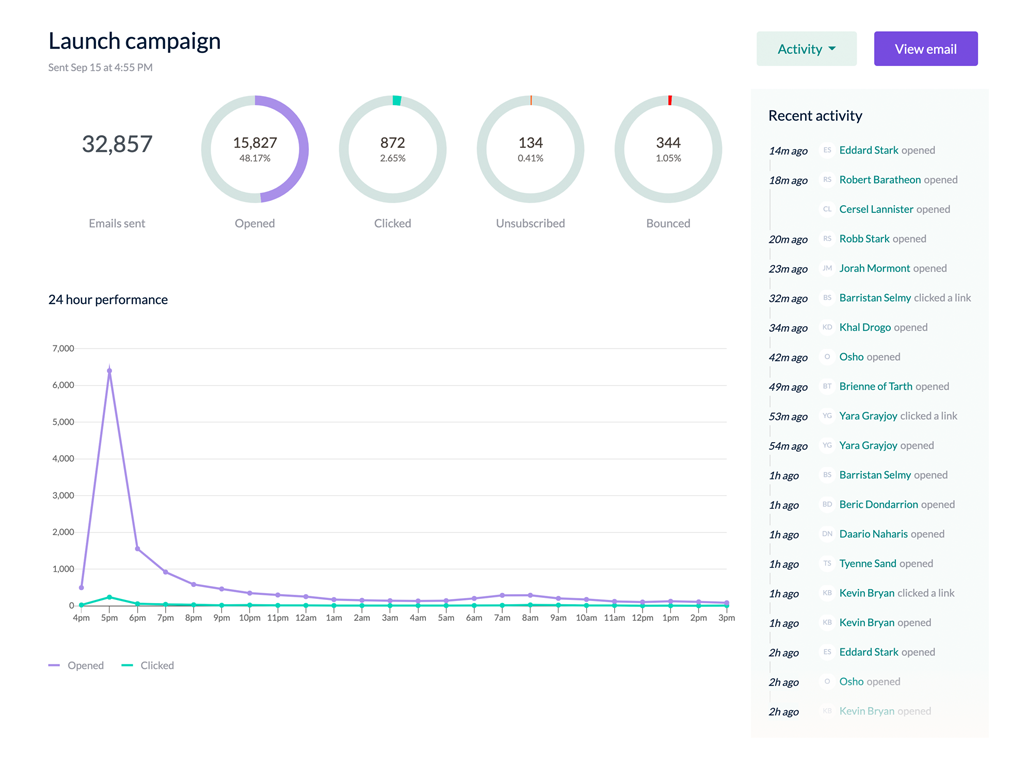 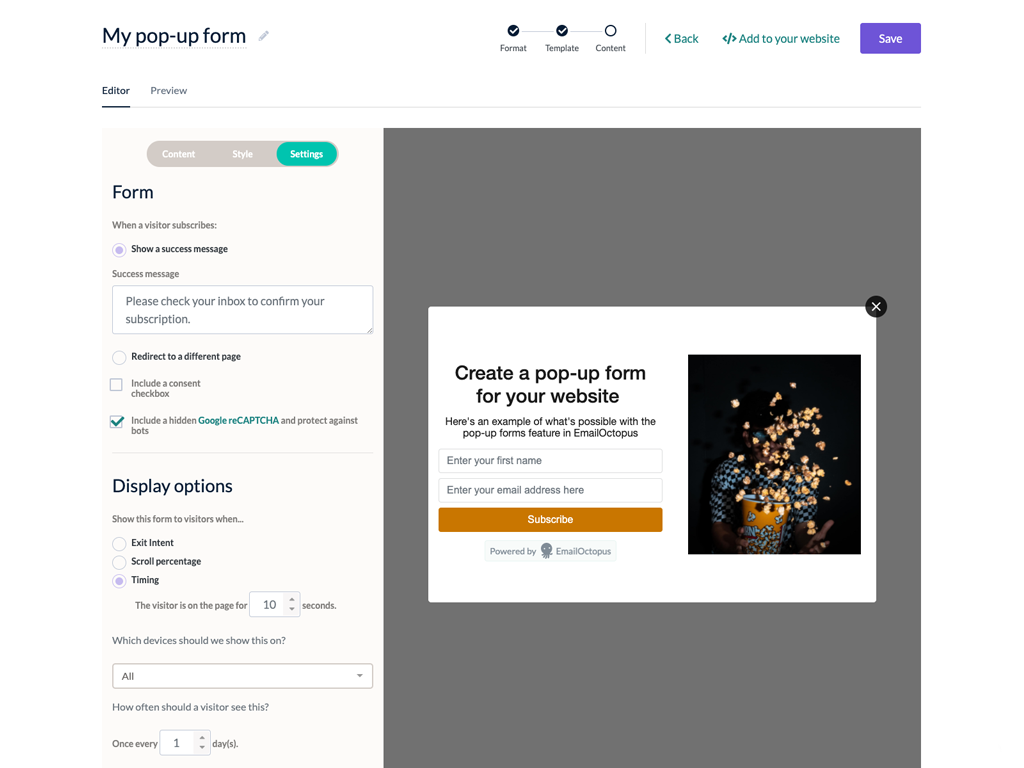 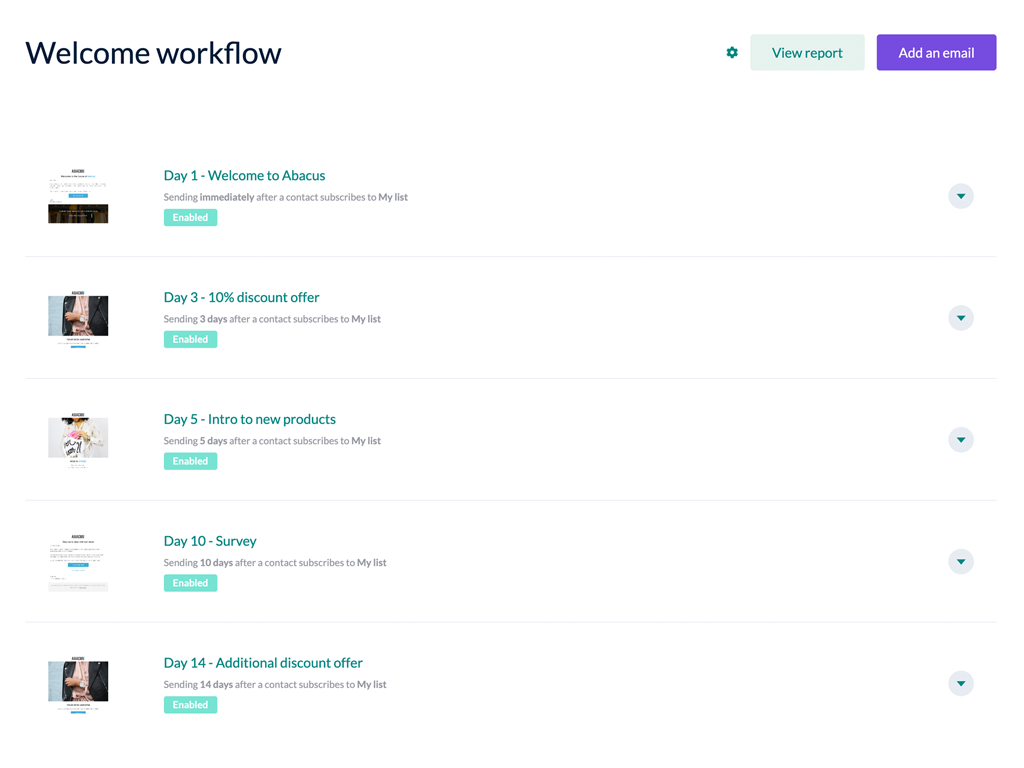 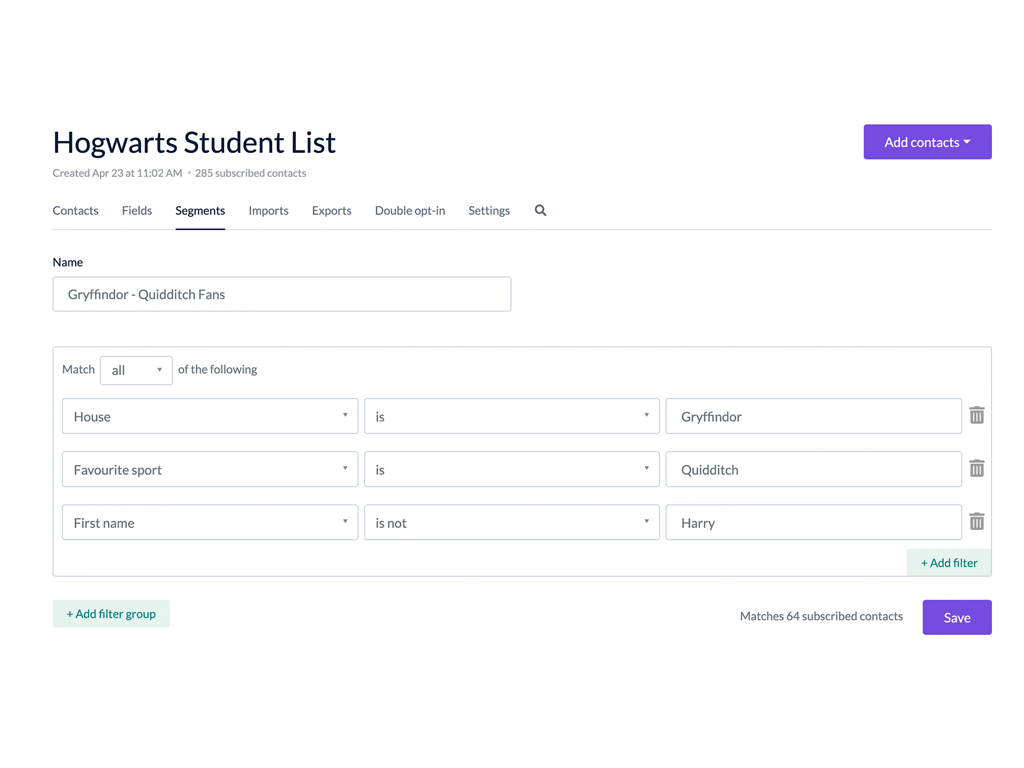 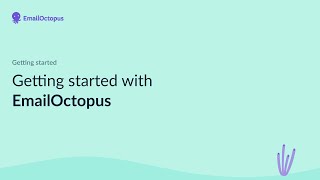 4.7 (1,460)
Advanced email marketing tools that are easy to use so you can grow your business using newsletters, websites and more.
View Profile See Comparison

4.3 (2,263)
We deliver the tools to simplify and amplify digital marketing and drive results for your business.
View Profile See Comparison

4.5 (1,524)
Get all the tools you will need to build better customer relationships online under one roof.
View Profile See Comparison
See more alternatives

If you found Mailchimp being overcomplicated, you gonna love EmailOctopus

It does one thing great but I would have love a bit of more user friendlyness regarding the list management.

Software Engineer in US
Computer Software, Self Employed
Used the Software for: 6-12 months
Reviewer Source

Comments: An excellent tool for most email-marketing situations. I've used it on several client sites for letting them build their own newsletters and email lists, and have not had a single complaint about it. If you are looking for a tool to migrate your email list of hundreds of thousands of users to, EmailOctopus probably isn't for you—but if you're an average-sized business or creator, it's really my preferred option now, and much less spammy/convoluted than something like ConvertKit!

Email Octopus is really a great tool for—in my opinion—80–90% of situations where you need email marketing. For the large part it "just works", and I have no trouble getting my clients to use it, which cannot be said about other similar tools.It's quite easy to make great-looking forms and landing pages, and the WordPress plugin is a joy to use—makes things much easier!

If it's a great tool for 80–90% of situations, then I have to admit it has some shortcomings for those less-common use cases where you really need something robust and more flexible.Its API documentation is a bit lacking, for example, and while things "just work" for the most part, a consequence of this is that you don't have nearly as much control over precise details as you would with a larger—and admittedly more expensive—tool in this same spce.

Reasons for Choosing EmailOctopus: ConvertKit's branding is a bit of a turn off. It's either just...bad (remember that whole weird thing of temporarily being named "Seva"?), or has a very heavy marketer/car-salesman vibe to it.But it was a decent tool for a long time, so worth using.I came across EmailOctopus via its WordPress plugin, and was intrigued by the simplicity and refreshing marketing and design, which felt so much more "normal" and straightforward than e.g. ConvertKit.I started using it one some personal projects, and after loving it, am now using it with some freelance clients. A few of those are switched over from ConvertKit and we're all happier for it.

Reasons for Switching to EmailOctopus: There are situations where I'd go with a tool with more features and more developer possibilities (i.e. a more fully-fleshed-out, better-documented API with ideally some SDKs ready to go).But EmailOctopus is a great balance of focused feature-set, cost, design quality, and customer support, so it's becoming my go-to!

Owner in US
Health, Wellness & Fitness, Self Employed
Used the Software for: 6-12 months
Reviewer Source

EmailOctopus makes it really easy to design and send email campaigns, both automated and as one-off emails or newsletters. I switched from MailChimp after they failed miserably in their Customer Service department, and I've been so impressed by the personal and fast assistance I've gotten from EmailOctopus so far. No complaints!

A small issue for me has been that sometimes, unless I'm extremely careful to check 2-3 times, the font size on some sections of my emails randomly gets re-sized and doesn't match the rest of the email. This looks unprofessional. But if I'm careful and double or triple check, I can avoid this.

Reasons for Choosing EmailOctopus: I switched because MailChimp did not alert me in ANY way once I reached my subscriber limit, and they just stopped sending my automated welcome sequence. For about a week, all new subscribers signed up to my email list but did not receive any welcome emails. This was very frustrating.

Reasons for Switching to EmailOctopus: Affordability and smaller size company, because I was looking for more personalized customer support.

President in US
Marketing & Advertising, 2-10 Employees
Used the Software for: 2+ years
Reviewer Source

Comments: We have used email octopus for many years. I can't comment on the support - because we have never really needed them - their product just runs properly and without issues. We use it for a lot of things, but primarily for email lists for our users and list management. Their API was easy to integrate into our app, and it makes things really smooth and easy.

Easy to use, almost never a bug, affordable

UI can be a bit weird, but is super minor. Its a really great product

Reasons for Choosing EmailOctopus: Constant contact was expensive, limited, and we always seemed to have to contact support.

Reasons for Switching to EmailOctopus: We chose email Cotopus for the cost factor originally, but grew to appreciate how well their product works

Probably one of the best & most cost-effective ESP's out there!

Comments: Truly outstanding customer service. Quick response times and always willing to go out their way to ensure that you are properly looked after. This too is one of the key reasons why we are still with EO and have no intention of leaving. Solid company and staff all round!

The thing we love most, is that when you link your Amazon SES account with Email Octopus, you can get a real bargain, esp. when compared to other ESPs out there. The user interface is very intuitive and simple to use, yet, it comes with very advanced email marketing features. All in all, we can recommend EO to anyone looking for an advanced email marketing system that doesn't break the bank.

In terms of advanced segmentation, the current version is still somewhat limited, but I've been in touch with their support team who have ensured us that it's on it's way. But other than that, no complaints whatsoever.

Reasons for Choosing EmailOctopus: MailChimp is good, but far too expensive, esp. when you have a larger email database and send out weekly newsletters.

Reasons for Switching to EmailOctopus: While SendGrid is known for their ultra-high deliverability rate, the UX of their platform is sub-optimal. We managed to figure things out, but their built-in email templates were seriously lacking in creativity and weren't optimised for mobile at all. After signing up with Email Octopus, we ensured that everything was properly set up with Amazon SES (which granted, took a bit of reading up), but we now have an above average deliverability, open and click rate.